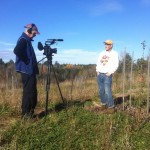 Maine Heritage Orchard documents the transformation of a reclaimed gravel pit into the Maine Heritage Orchard, a living museum of apples traditionally grown in Maine.  Organic farmer and nationally recognized apple expert, John Bunker, and others pass on their knowledge of working the land to the young farmers settling in Maine, preserving Maine’s orcharding traditions.

New England Connection: Maine Heritage Orchard is filmed in Maine. Huey has been living and making films in Maine for over 40 years.

Director(s) Bio:: Huey has been making films on artists, education, the environment, and Maine for 35 years. His films have been shown at film festivals throughout the US, on PBS, and on television in Europe. His film In Good Time, The Piano Jazz of Marian McPartland, won best documentary at the Garden State Film Festival and was shown at the Maine International Film Festival, Sedona Film Festival, Rehoboth Beach Independent Film Festival, and Seattle Jazz Festival. His film Wilderness and Spirit, A Mountain Called Katahdin was screened at the Environmental Film Festival, National Museum of American History, Washington, DC. He is a recipient of a fellowship from the Maine Arts Commission and is a member of the Maine Touring Artists program and the New Hampshire Arts in Education Program. He is the recipient of the first “Huey” award from the Maine Film Commission, named after Huey and given to an individual who exhibits “Exceptional contributions in film and education in Maine.” He is a founder of the Maine Student Film and Video Festival.  He has been a teaching artist in over 150 schools in New England and currently is an adjunct instructor in Communications and New Media, Southern Maine Community College. 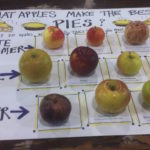 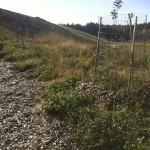