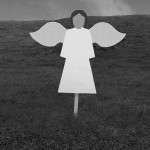 The satirical song “Gun Shop” comments on the escalation of mass gun violence in the United States. It argues that the proliferation of guns will continue to increase the number of victims. The song is an appeal to our nation to reexamine its obsession with guns.

Director(s) Bio:: Alan Magee was born in 1947 in Newtown, Pennsylvania, Alan Magee attended art school in Philadelphia and in 1969, began working as an editorial and book illustrator in New York. Among his regular clients were The New York Times, New York Magazine, Time, Atlantic, Playboy, and Simon & Schuster Books, During the 1970s Magee produced paintings for the covers of books by Graham Greene, Saul Bellow, Bernard Malamud, Henry Miller, Agatha Christie, and many others. His illustrations received numerous awards including an American Book Award in 1982, Playboy’s Annual Editorial Award in 1977, and Awards of Excellence from Communication Arts and the Society of Illustrators.

In the late 1970s Magee began to concentrate on his personal paintings and in 1980 the first solo exhibition of his work was presented at Staempfli Gallery in New York. Since that time, he has had annual one-person shows throughout the United States and Europe. Magee’s works can be seen in many public collections including The Fine Arts Museums of San Francisco, the Museum of Fine Arts, Boston, The Art Institute of Chicago, The National Portrait Gallery, the US Capitol, the Portland Museum of Art, and the Farnsworth Art Museum.

His work is included in the private collections of Mobil Oil, the Atlantic Richfield Co., Lucasfilm Inc., the Bank of Japan, The Janss Collection, and the collections of Billy Wilder, Henry Fonda, Chermayeff & Geissmar, Arnold Newman, Johnny Carson, Mike Nichols and Diane Sawyer, Nicolas Cage, Morley Safer, Burton and Deedee McMurtry, and in the Richard and Jalane Davidson Collection of American Realist Drawings.

Books of Alan Magee’s paintings include, Stones and Other Works, published by Harry N. Abrams in 1986, Alan Magee 1981-1991, published by the Farnsworth Art Museum in 1991, and Archive, Alan Magee Monotypes, published by Darkwood Press and Spectrum Concerts Berlin in 2000. Alan Magee: Paintings, Sculpture, Graphics, a major book of the artist’s work, was released in October, 2003. Resistance, by Barry Lopez, with monotypes by Alan Magee, was released by Knopf in June, 2005.

Magee’s images can invite quiet contemplation, evoke empathy, or spark political controversy. Archive, the artist’s ongoing series of black and white faces (began in 1990 in anticipation of the first Gulf War) asks that we remember the distant victims of war. Magee’s relief sculptures (the War Toys) critique our culture’s glorification of militarism, and his recent music videos, Gun Shop (2013), and Party Line (2014) address gun violence and the effects of mass surveillance. 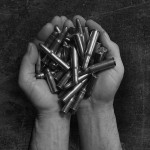 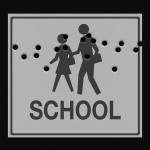