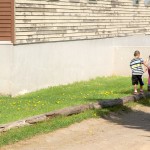 First Light independently documents the work of the Maine Wabanaki-State Child Welfare Truth and Reconciliation Commission (TRC), the first such task force in US history to investigate issues important to Native Americans. The TRC was dedicated to uncovering and acknowledging the truth about what happened to Wabanaki children and families involved with the state’s child welfare system. First Light is the first film in a series, anchored by the feature film Dawnland slated for release in 2018.

Director(s) Bio:: Adam Mazo is the director of the Upstander Project and co-director and producer of First Light, and the feature-length film, Dawnland. Adam also directed and produced Coexist (WORLD Channel, Africa Movie Academy Award Nominee). He is originally from Minnesota, graduated from the University of Florida, and now lives in Boston with his wife and son.

Ben Pender-Cudlip is the Co-Director/Cinematographer of First Light and Dawnland. He is an award-winning director and photographer of over a dozen short documentary films, including "Sanjiban" in 2012 (Hot Docs, CIFF), "Fetch" in 2014 (Woods Hole), and" Our Grandfather's Clock" in 2014. He was selected as a 2014 Points North Fellow at the Camden International Film Festival alongside Mr. Mazo, and presented "Dawnland" at pitch sessions at both the Salem Film Festival and Independent Film Festival of Boston in 2015. 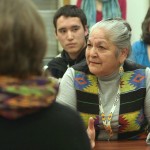 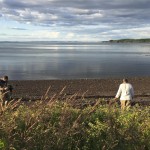