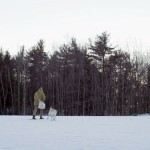 Both writer and director are currently based in LA but grew up in New England.

We have always wanted to film back home. There is such rich culture and unique character ingrained in this part of the country which makes for great story telling. We credit much of the film's success with the rugged beauty of New Hampshire which during winter certainly presented its challenges for filming but being such an integral part of our story we had to make it work.

We hope to be returning to the area soon to begin work on the feature.

Director(s) Bio:: Thomas Scott Stanton is an award winning director, cinematographer, artist, photographer, and filmmaker. His unique artistic approach to storytelling, and technical expertise in using film or the latest in digital technology to capture beautiful and compelling imagery, sets him apart from other filmmakers.

He has travelled the globe as a cinematographer for clients such as National Geographic, History Channel, Bravo, NFL Network, ABC, and AMC to name a few and has four feature films to his credit as Director of Photography, including "The Lookalike," "Lawless Range," "Growing Up Smith," and "Take Me to the River," which recently had its world premiere at Sundance 2015.

His directorial debut short film "deliá" will had its world premiere at the 2015 International Film Festival of the Art of Cinematography "Camerimage" in Bydgoszcz, Poland in November. The film was awarded best short drama at the 2015 New Hampshire Film Festival.

Thomas believes in the power of the script and lets that guide his filmmaking. His collaboration with directors and writers in bringing their vision to life is a task that he feels privileged to do. 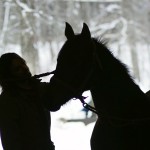 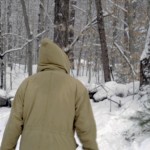