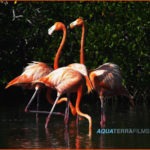 This natural history conservation short on the nature of the Island of Bonaire in the Dutch Caribbean was created to bring about local Island awareness of the richness and fragility of its local wildlife.

New England Connection: Mauricio Handler is the owner/ cinematographer of Aquaterrafilms, an ultra high defenition natural history production company based in Durham, Maine.
He is a member of Maine Film and Video Association.

Aquaterrafilms has its base in Maine but produces aerial, land and underwater natural history content around the globe.

Director(s) Bio:: Underwater cinematographer Mauricio Handler is the owner and director of photography at Aquaterrafilms, a Maine based natural history ultra high def production company that acquires natural history content for use in both documentaries and commercial productions.

He is a member of the International Association of Wildlife Filmmakers and The Guild of Television Cameramen as well as the Maine Film and Video Association.