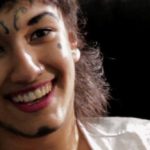 New England Connection: Alexander Freeman lives and works in Boston, and most of the film was shot in Boston.

Director(s) Bio:: Alexander Freeman is a writer, producer, director, editor and a graduate of Emerson College where he studied Film Production with a concentration in Directing. Alexander, who was born with cerebral palsy, made his directorial debut with The Raven (2008) by Edgar Allen Poe starring Paul Horn (Gone Baby Gone). His feature documentary The Last Taboo (2013) was awarded Best Screenplay at the 2013 BOSIFEST in Serbia and was chosen for Official Selection at the 2013 10th European Film Festival: Integration You and Me in Poland and the 2014 We Speak, Here Online Film Festival. The Last Taboo has also screened in Munich, Germany and in Norway. The Last Taboo has also been featured on WBUR/NPR, My Sex Professor, ABC NEWS, mtvU, Nerve Magazine and Mic. The Last Taboo is being distributed by Community Channel and Amazon. The Last Taboo is also being used by multiple universities and organizations including the Norwegian Health Department’s Medical Physicians Sexual Education program. He is the Winner of the HSC Foundation's National 2014 Advocates in Disability Award. He has interned as assistant editor for award-winning documentary filmmaker Robbie Leppzer at Turning Tide Productions and has interned at Technicolor. He has also interned for Academy and Emmy award-winning documentary editor Jeff Consiglio at VFR Films. Alexander is the Founder, President of Alexander Freeman Productions, specializing in consulting, production and post-production services for music videos, public service announcements and short films. He is also the Founder and President of OUTCAST PRODUCTIONS, which is devoted to producing and distributing thought-provoking films on disability, sexuality, identity, race and abuse for the web and on DVD.