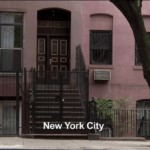 One Year Lease documents the travails of Brian, Thomas and Casper as they endure a year-long sentence with Rita the cat-loving landlady.

Director(s) Bio:: Brian Bolster is an award winning filmmaker. His films have been featured on Atlantic Video, Aeon Video, United Airlines, and screened at numerous film festivals around the world including - Sundance Film Festival, Slamdance, Camden International Film Festival, True/False, Florida Film Festival and DOC NYC among others. In 2014, One Year Lease won Best Documentary Short at the Tribeca Film Festival and was nominated for a 2015 Cinema Eye Honors for Outstanding Achievement in Non Fiction Short Filmmaking. His short documentary, The Lookout won The Big Sky Award at the 2012 Big Sky Documentary Film Festival in Missoula, Montana. 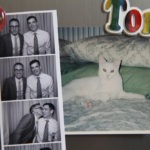