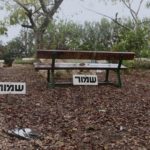 The film draws a portrait of a secular Cemetery in an Israeli kibbutz as it follows a single life cycle observing the cemetery as it withers and blooms again. There between being and non-being, holes are bored open in the earth and empty plastic chairs await sitters to come…

Director(s) Bio:: Daphna Mero is a film director, choreographer and a professional dancer who splits her time between Boston and Jerusalem. She holds a Bachelor's degree in Dance from the Jerusalem Academy of Music and Dance, a film diploma from Minshar for Art, Tel-Aviv and MFA in Film/Video from MassArt, Boston.

Her work draws inspiration from locations, spaces, and sites. They deal with the human experience via a novel medium, which incorporates visual art and dance. Her short experimental films have been screened in film festivals around the world, and she has won many awards and prizes for her work. 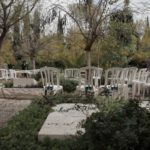 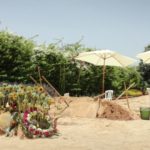