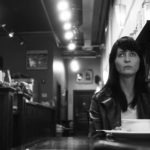 Hope is a successful photographer. Introverted and quiet, her demeanor plays in stark contrast to her glamorous work environment. When she learns that her sister Ella has passed away, Hope is stunned… until she begins to receive text messages from her. Are they for real? Using art as a tool for recovery, Hope begins to accept the fatality of death. She will evoke her sister’s presence – alive and in memoriam.

New England Connection: After Ella was shot in Boston, Cambridge and Waltham. Director Marie-Emmanuelle Hartness is based in Cambridge and the Kickstarter's campaign was also curated by RISD. Most actors, artists and crew were New-England based.

Director(s) Bio:: Award-winning filmmaker Marie-Emmanuelle Hartness is a specialist in the adaptation of theater and film, documentary and narrative, across multiple media and languages. Hartness writes, directs and produces character driven stories. Primary themes of exploration include identity, memory and personal journeys.
Residing in Cambridge, Massachusetts, Hartness is a Berlinale Talents alumna, winner of the Canon Competition 2014 with her film project Writer’s Block. Hartness has been named as one of “10 Filmmakers to Watch in 2014” by The Independent.
An IFP alumna, Hartness wrote, directed and produced After Ella, a short narrative film in black and white, successfully funded on Kickstarter. After Ella premiered at the 67th Cannes International Film Festival and won First Prize Directorial Discovery Award at the Rhode Island International Film Festival 2014. Hartness has been a Harvard guest speaker in Production and Screenwriting since 2012.
Hartness is currently producing Michel Negroponte’s new film An Autobiography of Michelle Maren, an IFP Independent Film 2013 selection and LEF Foundation supported project. Hartness productions include Photographic Memory she produced and co-wrote with Ross McElwee, which premiered at the 2011 Venice Film Festival, Cinéma du Réel 2012 and Full Frame 2012, among others; she was nominated for a Writer’s Guild of America Award for this film.
Born in Paris, France, Hartness completed research work at La Sorbonne in 2001 in Theater Studies, specializing in adaptation from Theater to Cinema. She continues to collaborate on adaptation and translation projects for cinema and literature.