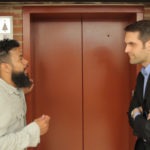 A Bloodless Crime is a dark comedy, produced for 48 Hour Film Project, NH in 2014. Starring Carlton Greene, Dan Larson and Jacqueline Dubois, it’s a hilarious, 5-minute maelstrom of lust, betrayal and murder. Directed by Ben Peirce and co-written by Peirce, P.J. Huot and RC Victorino, A Bloodless Crime won an Audience Choice Award at the New Hampshire 48 Hour Film Project and was nominated for Best Writing and Best Actor (Dan Larson). The film was also selected for the S.N.O.B. Film Festival

New England Connection: Pilotgroove Pictures is a New England-based filmmaking outfit. All of the films' cast and crew were living in New England at the time of production. It was produced as part of 48 Hour Film Project, New Hampshire and screened at the S.N.O.B. Film Festival (Concord, NH) .

Director(s) Bio:: Ben Peirce is a New England-based filmmaker and animator. He is a founding member of the film collaborative Pilotgroove Pictures and the owner of STUDIO 31 Creative. He also teaches film and animation at Southern New Hampshire University. Peirce was born in Philadelphia, PA and currently lives in Manchester, NH with his wife Jen and his son Parker. 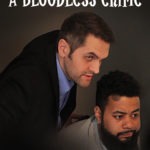 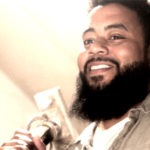