In this short documentary, a Vermont fiber and dance artist demonstrates how self-expression and personal adversities are inextricably bound. What do her two forms have in common? Her self-described “New England work ethic” has something to do with it.

New England Connection: Both the filmmakers and the subject of the documentary all are native to the state of Vermont. 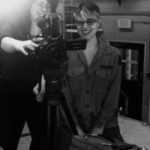