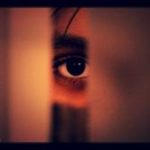 Set against the backdrop of modern day India, The Theft is the story of four people caught in a situation that sets the stage for the induction of innocent young minds into a class and caste based society. Seven-year-old Arjun and his mother Ira have just moved from the US to Mumbai, India. Pandu, is their new servant and shy eight-year-old Bhima is Pandu’s son. One afternoon, a large sum of money goes missing from Ira’s home and they are all thrown into a storm of revelations when Ira accuses Pandu of the theft. Will they find the truth?

New England Connection: The Theft is the first award-winning narrative short film, with a story based in India but shot in New England (Somerville, MA) by an all local cast and crew.
The all-women director-producer(s) team are residents of Massachusetts and New Hampshire. Director Gauri and Producer April Oprea went to school at NorthEastern University, New England Institute of Art and Communications and Boston University. The Theft's debuting child actors Omayr Kazi and Ayush Mitra go to school in NH and MA respectively, and the rest of the cast and crew are all MA & NH residents as well.
Also, we found our our Director of Photography via NewEnglandFilm.com!

Director(s) Bio:: Gauri is an award-winning independent filmmaker, based in the Boston area. She won the Indie Soul Best Director Award at the Boston International Film festival for her directorial debut film, The Theft. The Theft which is currently in the festival circuit has also screened at the Roxbury International Film festival and had its India premiere at the Kolkata Shorts International Film Festival in August.
Originally from Mumbai, India, she is deeply passionate about projects and stories that narrate the human condition and explore questions and issues that are relevant to today's society.
She holds a Masters degree in Electrical Engineering from Northeastern University and has studied film-making at the Center of Digital Imaging Arts, Boston University. Gauri was selected in the top 20 finalists for the 2014 India New England- Woman of the year award out of 290 nominations.
Besides writing and direction, Gauri has worked as an AD, DP, and editor on independent projects. She worked as an AD on That Bitch, which screened at the NewYork New Filmmaker 2014 Winter Series. 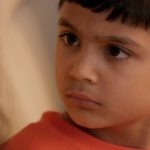 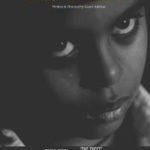