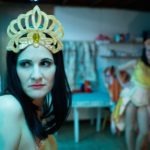 Down-and-out middle-aged sisters Betty and Dot have spent the past fifteen years performing a vaudeville act inspired by classic 1960’s Japanese horror movies. As the line between fantasy and reality begins to blur, Dot longs to escape the world of ‘The Two Tiny Beauties of Infant Island,’ while Betty begins to believe that Monsura is actually coming to save her.

New England Connection: The director Kevin Newbury was born and raised in Maine, and was educated at Bowdoin College.
The film was shot in Freedom, NH; North Conway, NH; and Portland, ME

Director(s) Bio:: Kevin Newbury is a theatre, opera and film director based in New York City. Kevin is one of the most sought-after young directors of opera in the United States and Europe. This past year alone he directed three world premieres: The Gospel of Mary Magdalene for San Francisco Opera, Oscar (based on the life of Oscar Wilde) for Santa Fe Opera and Doubt (based on John Patrick Shanley's Tony-winning and Oscar-nominated play and film) for Minnesota Opera. His work has been seen at many other prestigious companies including Carnegie Hall, the Kennedy Center, Houston Grand Opera, Bard Summerscape, L’Opera de Montreal, the Wexford Opera Festival in Ireland, San Francisco Symphony, and Glimmerglass Opera. Upcoming new productions include the world premieres of Bel Canto for Chicago Lyric Opera and The Manchurian Candidate (by Pulitzer-prize winning composer Kevin Putts) for Minnesota Opera, as well as a co-production of Norma for Chicago Lyric Opera, San Francisco Opera, Canadian Opera Company and Barcelona Liceu. Kevin is also developing a new musical called The Good Swimmer with composer Heidi Rodewald. His New York theatre work includes the GLAAD-winning, Drama Desk Nominated play Candy & Dorothy. Kevin's work has been praised by critics worldwide, including The New York Times, the Wall Street Journal and the Washington Post. Monsura is Waiting is his first film. 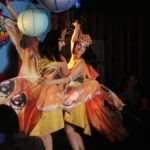 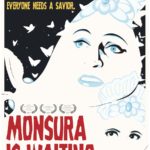