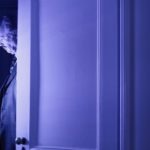 When a woman meets her boyfriend for a romantic night out, a martini triggers childhood memories that threaten her ability to trust and love. Based on true events and a poem; narrated by Julianne Moore.

Director(s) Bio:: Gretl Claggett holds MFAs in poetry, creative nonfiction and acting, respectively from Sarah Lawrence College, Goucher College and Western Illinois University. As an actress, Gretl performed at New York theaters such as Playwrights Horizons, Circle in the Square, Soho Rep, La MaMa and HERE, and also at many regional theaters including Actors Theater of Louisville, known for its development of new plays. Her collection Monsoon Solo: Voices Once Submerged (WordTech Editions, 2012) — in which the poem “Happy Hour” appears — won a National Forward Literature Award and was named a Winning Finalist for an International Book Award plus a ForeWord Reviews Book of the Year Award. Her articles have been featured in The Daily Beast, The Good Men Project, Head Butler, The Nervous Breakdown and She Writes.

When not developing her own projects, Gretl works as a Writer and Creative Director of large corporate meetings and events, in which she combines cutting-edge technology, multimedia and "live"performance to tell stories that entertain and educate.

Gretl founded Culture Catalyst to create transmedia projects — films, public service announcements, books, workshops and “live” experiences — to shift and uplift consciousness. She is currently at work on a novel and a feature-length script.
Happy Hour is her first film. 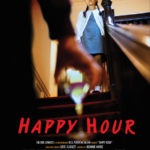