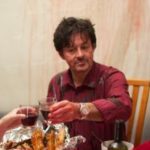 A dark comedy about two hungry neighbors who meet for a dinner date, only to discover that they have more in common than they thought.

New England Connection: The entire crew were undergraduates at Boston University's Film & Television department, and most, if not all, of the actors live in the Greater Boston area and were found via NewEnglandFilm.com.

Director(s) Bio:: Jake Bann is an award-winning film director, writer, and producer and a graduate of Boston University with degrees in Film & Television and English. He is about to embark on a career in film production and development in Los Angeles, where he interned under producers Andrew Lazar and Tariq Jalil in Fall 2012.
He is currently pitching his feature adaptation of Good Taste, a dark comedy conspiracy-thriller set in Brookline, MA, for financing and distribution. 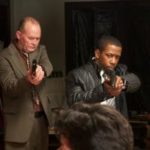