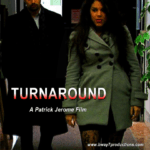 After a pleading phone call from his dad, an estranged son returns home where he meets with his childhood friend and a former “employee.” Meanwhile, Fred’s father awaits him with a family secret that will soon show him how sometimes our choices in life can turnaround our destiny.

New England Connection: Patrick Jerome is a Boston-based filmmaker and the founder/director of the Boston International Film Festival.

Director(s) Bio:: Filmmaker, Writer, Director, and Producer Patrick Jerome has made feature-length movies, short films, documentaries, music videos, and television programming since 1991. These cinematic offerings have received praise from audiences, and Bway 7 Productions continues to produce entertaining and powerful films. Patrick Jerome is also the founder of The Boston International Film Festival, which celebrated its 10th year this past April (2012).


In 1991, Jerome made his first full-length feature film, Ruthless Gang, set in Port-au-Prince, Haiti, about the insecurity in Haitian society. After a bloody military coup, the newly created regime moved to ban Patrick’s film and hunted him down to suppress the views he expressed. After hiding for 18 months, Patrick fled to the United States in 1993 and was granted political asylum. He then moved to Boston and has based his film company here since then.

In 2001, Bway 7 Productions introduced Holla At Me, another full-length feature. This film was presented at the Tribeca Film Center in New York and the Boston International Film Festival, both in 2004. Holla At Me obtained a distribution deal through Image Entertainment, and it is currently available on DVD and online on Netflix.


Additionally, in 2002, Bway 7 Productions introduced the Boston International Film Festival. The festival was enthusiastically supported by both the Mayor and Governor’s office. This annual festival has presented movies from over 57 countries, and it has exhibited more than 1000 films, hosting more than 90,000 film-goers over the last ten years.


Bway 7 Productions’ newest completed films are Open Vacancy and Turnaround, which debuted at The Boston International Film Festival to great enthusiasm and praise. Another production, Walls Have Ears, was released theatrically at Landmark Theaters during the summer of 2009, running from July 17th through July 23rd. It is currently available on DVD.