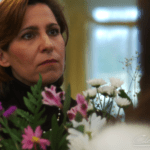 In Cleaning House, high-powered, compulsive Helen and her mixed-media visual artist daughter, Julia are coming together for the first time in years after Helen’s mother passes away. Obeying her grandmother’s dying wishes for her to look after Helen, Julia comes home bearing photos from Helen’s past, prompting a compelling confrontation.

New England Connection: Cleaning House was produced by a Massachusetts native as a final student project at the Boston University Center for Digital Imaging Arts. It was shot entirely in Massachusetts -- in Waltham and in Sandwich, on the Cape -- by a Boston-based cast and crew. It previously screened locally at the Woods Hole Film Festival in 2011, where it earned an honorable mention in the Audience Choice category, and the Boston International FIlm Festival in 2012, where it won Best Storyline in the short film category.

Director(s) Bio:: Catherine is mostly from Massachusetts but has, at one point or another, called Paris, Los Angeles, Verona, Rome, Poland and St. Louis home. A linguist and gastronome by training, she has turned to filmmaking with great élan, having found a medium where all of her cross-cultural observations can be put to use. She wrote, produced, and directed Cleaning House as a final, independent project while studying at The Boston University Center for Digital Imaging Arts. Since graduating from their 9-month intensive program in June of 2010, she has produced, assistant directed and assisted in casting for a variety of projects, most notably acting as producer for Patrimony, an award-winning, New England–based short executive produced, written and directed by Donald Marcus, starring Robert Vaughn of The Man From U.N.C.L.E. fame and Tony award nominee Melissa Errico. Inspired by the independent-minded women in her life, Catherine will continue to write and produce innovative narratives that show both women and men things they aren’t currently being shown about what they can do and be, and the way they relate to each other and the world. Her next short film, All Nighter, is currently in post-production. 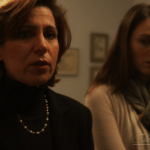