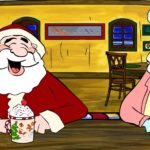 Alex Cormack presents the Christmas tale of Kris Kringle’s brother Kyle, who hates the holiday after one year misunderstanding his present, an art set, as his parents giving him coal. Now many later he decides to put an end to the festivities once and for all.

He hires PR Penguin to start a smear campaign through the 24-hour news media to ruin his brother Santa. Kris Kringle, up in the North Pole, begins to feel the results, as his sponsors begin to pull the plug on their contracts. Even after friends such as the Easter Bunny come by to help cheer him up it looks like Christmas will actually be canceled.
Now that the smear campaign is in full swing Kyle decides to begin phase two of his dastardly plan! Will Kyle succeed? Will Christmas be canceled?

New England Connection: Most of the cast is from Massachusetts. Alex Cormack was born in Worcester, grew up outside of Boston, and currently lives in Waltham, MA. Ashley Cook grew up in Westminster Vermont and also currently lives in Waltham. Most of the cast were friends of Cormack and Cook from the Art Institute of Boston (except Jordan Baker-Caldwell who is from New York).

Director(s) Bio:: Alex Cormack is an illustrator/animator from outside of Boston, MA. His work has been seen all over the world in festivals, websites, and in different publications receiving numerous awards.
A Night with Nixon won the Independent Film Maker Audience Award for Best Experimental/Animated Short at the Fresno Film Festival in 2009.
South Pole won the Award of Excellence in animation, Best Animated Characters, and the Best Animated Screen Play Awards at the 2010 LA Movie Awards.
and critical acclaim...
"It's great to see a well made independent animation short (South Pole). This film will hold your attention and has several minor, almost hidden, jokes that you might miss at first glance. A must see...”-SNOB (Somewhat North of Boston) Film Festival.
“...with Alex Cormack's Burnout, probably the most intense paper cutout death-race to date.” -Jim Landry The Weekly Dig.
He currently lives in Waltham, MA continuing to create new animations and comics. 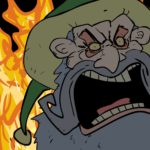