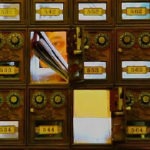 The Woods Hole Post Office has long been the center of the community. When Postman Roger Gamache retires, he takes many secrets with him. This is a look at the town from the other side of the mail slot. Music by Roger’s own Big Band ‘Stage Door Canteen’ contributes a swinging soundtrack.

New England Connection: Kristin Alexander lives in Woods Hole, and the film is about one aspect of the town. The main character Roger studied music at Berkley College, and has worked in Woods Hole for 20 years.

Director(s) Bio:: Kristin Alexander is a documentary filmmaker. Her recent films share the lives of people who dedicate themselves to making positive change, transforming the world around them, if not the world itself.
Kristin’s work with ecological designer Dr. John Todd is currently showcased at the Smithsonian’s Cooper-Hewitt National Design Museum in New York City in the National Design Triennial: Why Design Now? 2010-2011.
With a litany of short films to her name, Kristin’s work has received nationwide attention. Her 2009 short film, Green Eco-Machine screened in festivals across the country, from her place of residence in Woods Hole, Massachusetts to the Eco-Focus Film Festival in Athens, Georgia, where Green Eco-Machine garnered an award for ‘Most Creative Use of Cinema to Highlight Environmental Innovators.’ The film has screened in festivals from NYC to LA, and is currently being shown in college courses in the U.S. and Brazil.
Local education includes film studies at Massachusetts College of Art, and many workshops by New England filmmakers.
She has collaborated on several documentaries, dramatic features and multi-media productions. She is currently in post-production on her documentary film called Trusting Rain. In addition to cinematography and editing skills, Kristin has a Masters Degree as Nurse Practitioner. Further information may be found at http://www.middlewaymedia.com. 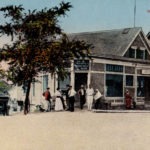