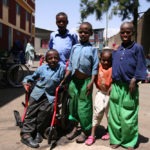 Director(s) Bio:: Susan Cohn Rockefeller is a documentary filmmaker whose projects have won top prizes at many film festivals. Making the Crooked Straight debuted on HBO in April 2010. Susan co-produced the multi-award-winning A Sea Change (http://www.aseachange.net). Her most recent film is STRIKING A CHORD, about the healing power of music, which premiers at the Woods Hole Festival on August 4, 2010 (http://strikingachordthemovie.com/).
A long-time conservationist, Susan sits on the board of Alaska Conservation Foundation as well as the David Rockefeller Fund. She’s a member of the program committee for The Stone Barns for Sustainable Agriculture, and Chair of Oceana’s Ocean Council.
Susan is married and lives with her husband and their four children in New York City. 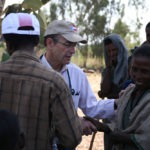