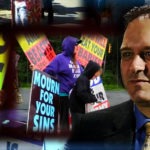 Director(s) Bio:: Graham Raubvogel is a seventeen year-old Senior at Burlington High School. Stemming from years of home moviemaking, in 2006 he began to push his love for visual storytelling farther. Since then, Raubvogel has directed numerous short films, music videos, and documentaries, taking first place at the Santa Monica Teen Film Festival as well as “Best Student Short” at the Vermont International Film Festival. HIs work has been screened at many other venues nationwide including Frameline, the largest LGBT film festival in the world, and the National Film Festival for Talented Youth. He continues to follow his passion through a variety of projects, mentors, and peers. As well as this, he enjoys hanging out with friends, running, learning Chinese, taking risks, making mistakes, and all that other stuff that people tend to do.
See more of Graham's work at: www.grahamraubvogel.com 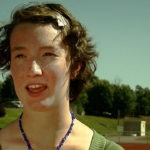