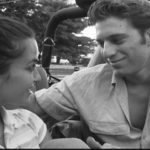 New England Connection: Did You...was produced and shot entirely in Boston, MA. Chris Record lived and worked in Boston, MA for 11 years from 1996 to 2007. He received his Master in Business Administration from the F.W. Olin Graduate School of Business at Babson College in Wellesley, MA in December 2004.

Director(s) Bio:: Raised on Long Island, Chris Record and Corbin Record have dabbled in film, video and media projects since junior high. The brothers are the writing, producing and directing duo behind Lazy Ambition, a small independent film and media company based in San Diego. Their most recent project is Did You..., an indie short based in Boston, which the Record Brothers wrote, produced and directed. Previously, Chris served as co-director, producer, and unit production manager on the Boston-based independent feature Note the One. The Record Brother's current projects include a music video for NY rap artist Lem Payne and a short video series titled Super-G. Corbin earned his Bachelor's in Philosophy from Dowling College. Chris earned his Bachelor's from SUNY Stony Brook and his Master's from Babson College. 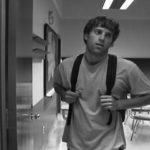