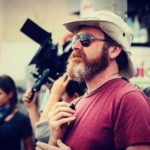 A twenty year veteran of the film industry, Ted has worked as a First Assistant Director on over fifty independent feature films including Dwight Little’s “Last Rampage”, Lea Thompson’s “The Year of Spectacular Men” and Wash Westmoreland and Richard Glatzer’s Sundance award-winner “Quinceañera.”

Ted’s ultimate career goal is to one day write a line of dialogue as infamous and beloved as “Go ahead. Make my day,” “I’m the one who knocks,” or “Yipee-ki-yay, motherf*cker.”

Ted is a graduate of Emerson College and lives in Los Angeles with his amazing wife and son.