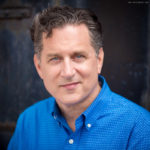 Duncan is a professional film and television actor, as well as an award winning screenwriter and producer. A graduate of the University of Massachusetts at Amherst where he studied theater, Duncan works as a professional actor in film, television, and stage. Credits include “The Judge,” “Mystic River,” “R.I.P.D.,” “The Town,” & “Brilliant Mistakes,” and TV commercials. His agent is Casey at Maggie Inc.. He is the co-founder of Original Concept & Development Associates


ACTOR: The Judge; The Town; Mystic River; RIPD; The Groundskeeper, Maybe Now, Brilliant Mistakes; The Trophy; We Shall Remain; Temps; The War That Made America; Disappearances.
WRITER: A Vacation from Christmas, Half Pint History, Macy’s Goes to War, The Karma of Bocce, Canisters; RIIFF Around the World, Pocket Change,
CASTING: HMS Cerberus, Fugitive Slaves, Ben Franklin, The Trial of Captain Werz, By the Sea, CMT Got Me In With The Band, American Revolution.