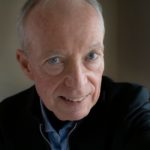 I am an experienced professional shooter that has worked in all kinds of lighting and acoustical environments over a long career. I am interested in telling personal stories, your story, with the skills and I have collected. I own 2 complete camera packages, BM Ursa Mini Pro 4.6K, and BlackMagic Pocket Camera 4K w Ronin gimbal. Complete sound package and LED & Tungsten lighting also available.