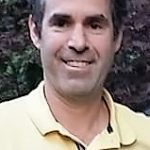 Randy Steinberg is an accomplished screenwriter who can write original as well as adapted material. He can also perform script analysis and provide consultation services if you are trying to get your script into the right hands–whether it be agents/managers or producers. He also reviews film/TV content for BlastMagazine.com and has judged the Emerson College TV writing contest for the past four years.


Randy Steinberg is a former screenwriting instructor from Boston University with a master’s in screenwriting from BU, as well. He has written for producers and managers in Los Angeles as well as independently. He currently reviews films/TV/DVDs for Blast Magazine.com. He has published fiction as well as numerous journalistic pieces. In screenwriting, he is currently at work on a Sundance-style drama with a New York and Los Angeles-based production and management team.